It is just now occurring to the Fed. “Asset bubbles are possible with low interest rates?” “Who’da thunk it?”

VIX is relatively calm at a higher than usual level when viewed multi-year.

GLD is trading pre-open above the 8/6 to 9/16 trend consistent with lower UUP this morning.

Retail sales reported on Friday were stronger than expected both before and after seasonal adjustments. The good news was ignored by the market which closed nearly flat. 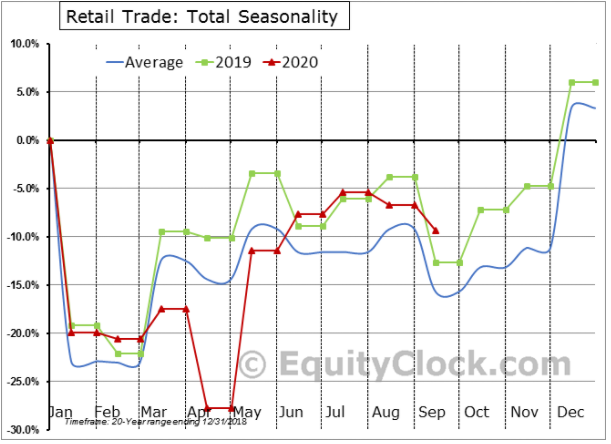 Industrial production and capacity did not follow with positive data. Production reported a -0.6% instead of the expected +0.6% and utilization came in at 71.5% which has only been worse since 1965 during the 2008 GFC and one month in the ‘80s.

Friday did not follow through on Thursday’s momentum. The S&P remains in a trading ranges above the 20 and 50-SMAs which are close to a bullish crossover.

My EOD stock scans reveal a lack of broad based up-trend and momentum price movement. The majority of action Friday was in very cheap stocks. Otherwise, trading ranges are the rule. WSJ reports the Robinhood type apps have created a boom in retail investor volume in stocks $5 and lower. A stimulus check in the mailbox and the election resolved will likely create another retail investor surge as in the April-July period.

Hedge funds have reversed the tech bet from short to long.

With the DJI near all time highs, it remains a mixed bag of news. UPS and FDX are 25% of the index and prospering from Covid related business demand. The drag on the index is airlines and other transportation. 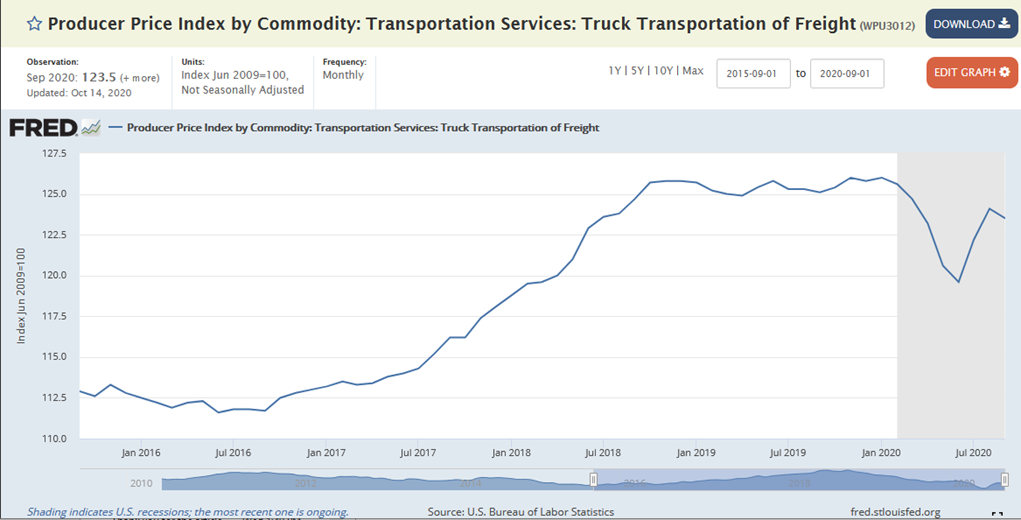 Trucking and rail are the bulk of the index where demand for services has been insufficient to cause pricing to rise back to pre-recession levels.

This week has many companies scheduled to report earnings. 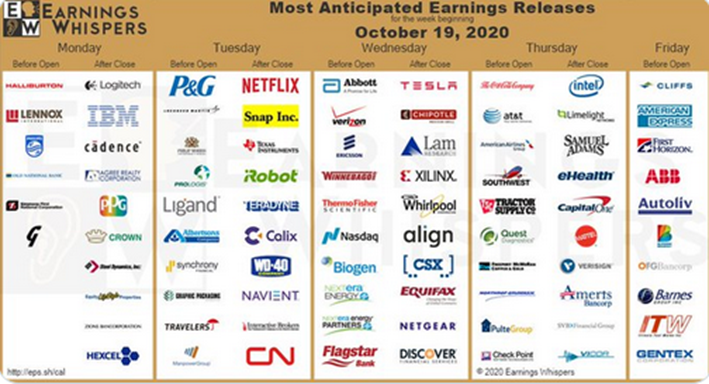 Headlines of progress on the next stimulus are creating optimism in today’s market. Overnight foreign market gains along with positive GDP and retail sales data in China are supporting a gap at the open on the NYSE. Though China’s GDP grew from 3.2% to 4.9% Q2 to Q3, it remains lower than estimates with imports stronger than exports. IMF forecasts are for China to be the only major economy to advance this year increasing its moves to replace USA influence where ever possible.

Russia and the Saudis are still hashing out who and when will get production increases. They must first agree on the global demand needing oil.

With new cases rising again in Europe, lockdowns are not easing but being re-imposed. Seasonality is part of dealing with any flu. Covid cases are increasing in the USA and notably so in rural areas that were not significantly impacted in the spring. 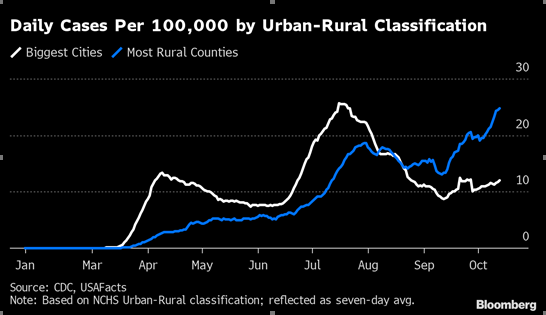